What are the characteristics of different pearl types? 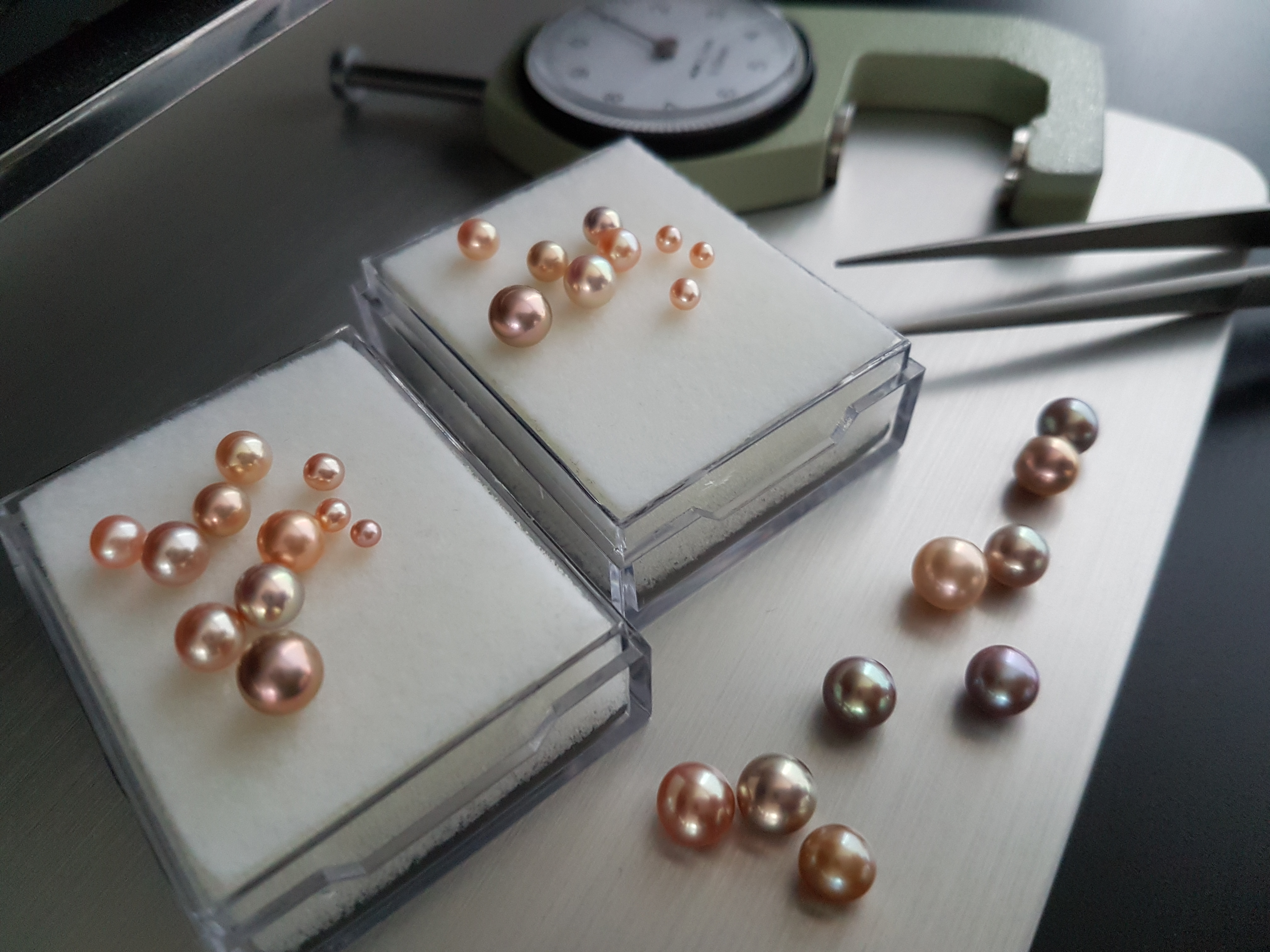 Overall, freshwater pearls have a softer appearance than saltwater pearl types and are characterized by pastel colours. Body colours like white, salmon/peach, lavender, copper and metallic silver, complimented with a colourful orient. (The orient is the array of colours that can be seen as an extra “layer” of colour tones over the body colour. These colours can vary from red to blue, green and even a gold like tone.)

High quality freshwater pearls are allowed an average culturing period of 2½ years before they are harvested. In general: the longer the culturing period, the thicker the layer of nacre which contributes to the pearls’ quality.

The original akoya pearls are saltwater pearls and find their origin in Japan. Akoya’s could be regarded as “The Traditional Pearl”, like the ones that are often seen in classic white pearl necklaces…

Most available akoya pearls available in the market have a white body colour with a light yellow, pink or silver grey overtone. Only about 3% of all akoya pearls has a natural gold or blue colour. One feature that is typical to high quality akoya is a very high luster.

Akoya pearls are generally fairly small with an average diameter of 6 to 8mm. 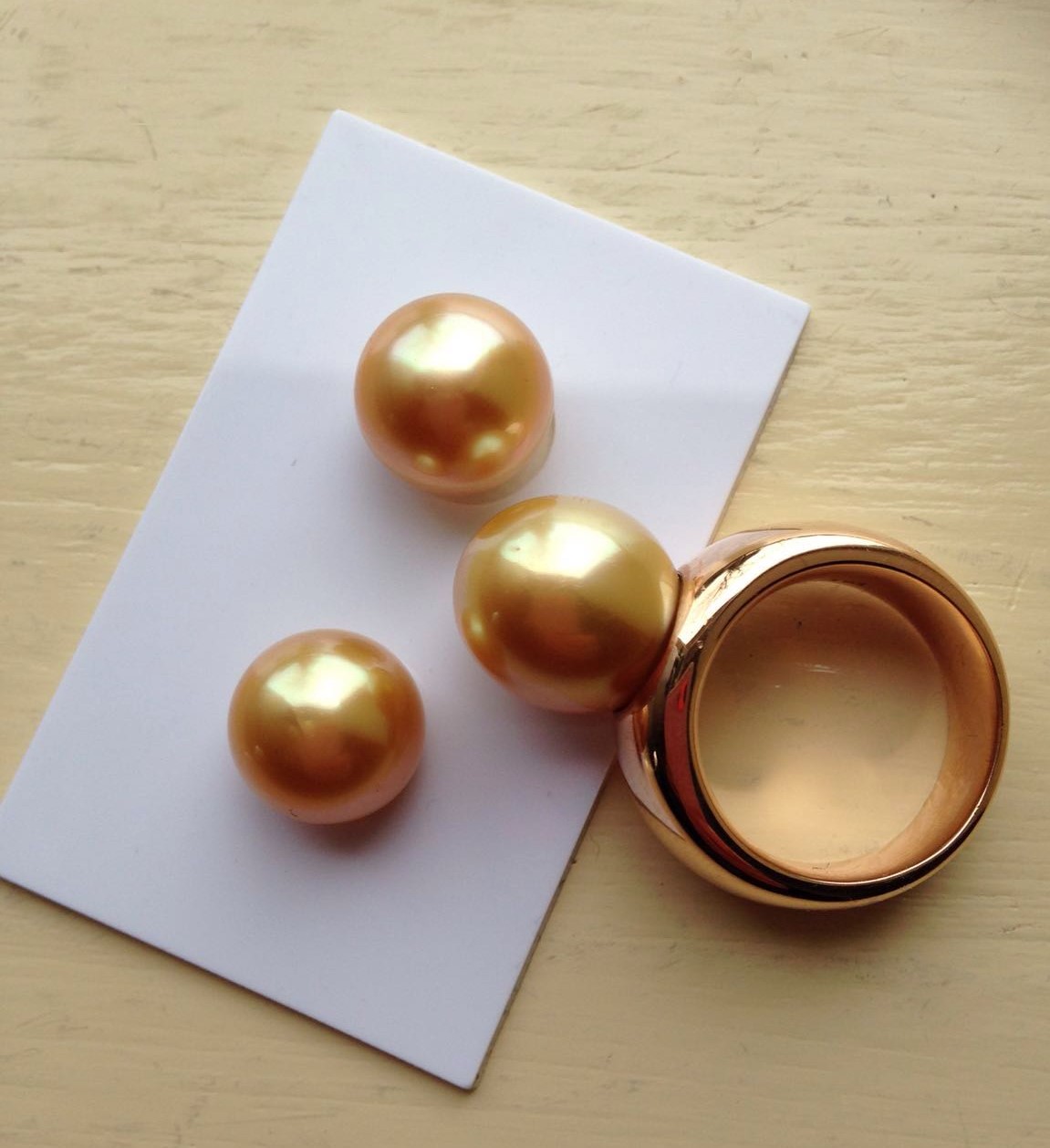 The name “South Sea pearl” refers to the fact that these pearls are cultured in regions south of Japan. Important localities are the coastal waters of the Philippines, Myanmar (Burma), Indonesia, Thailand and Australia. 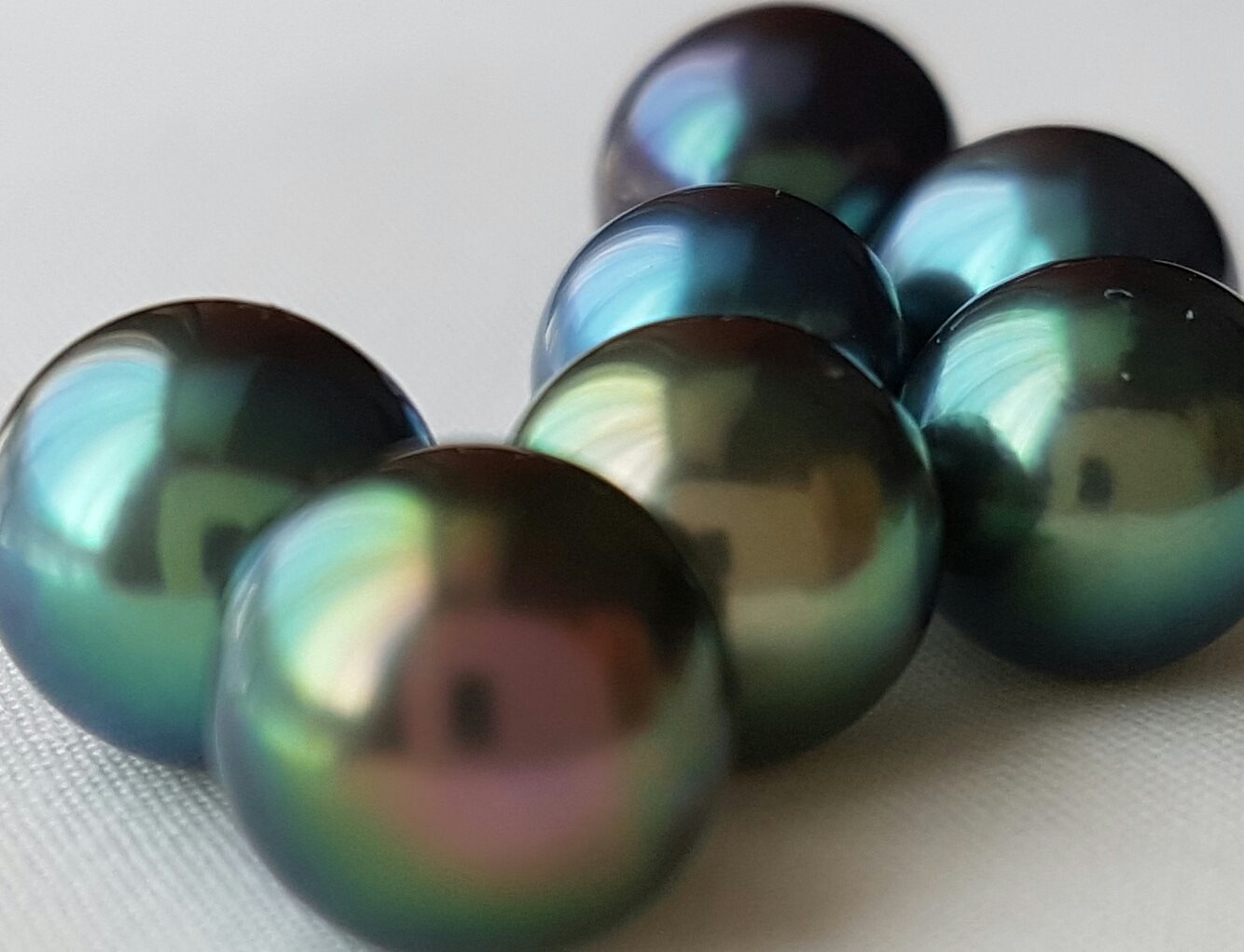 Tahitian pearls are the true “black pearls”. Colours that vary from deep black, grey and white (from albino molluscs) to rare grass green can be seen in Tahitian pearls. But what the Tahitian pearl is truly famous for are the “peacock” colours: the oil-like play of colour with beautiful purple, green, red and blue overtones that compliments the basic body colour.

Like South Sea pearls, Tahitian pearls are saltwater pearls and are generally bigger than traditional Chinese freshwater pearls. The Tahitian pearl can also only be cultured one pearl at a time per mollusc.

Contrary to what the name might suggest, Tahiti isn’t the place where these pearls originate from. Tahitian pearls are produced in the coastal areas surrounding the French Polynesian islands. Tahiti is only the commercial hub from which these pearls are distributed to other parts of the world.